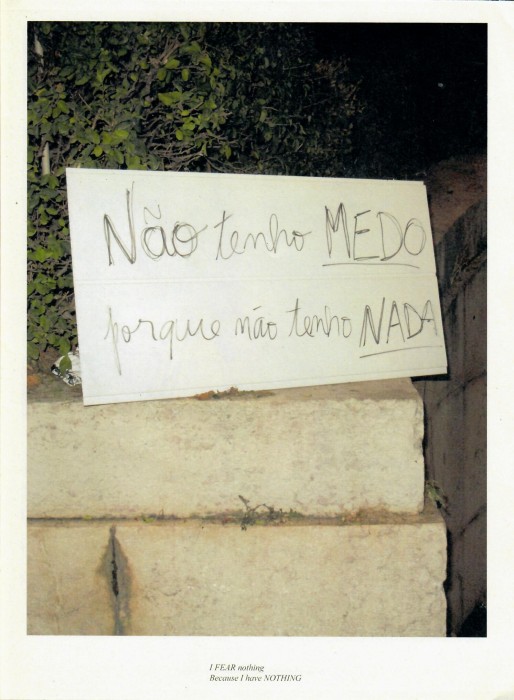 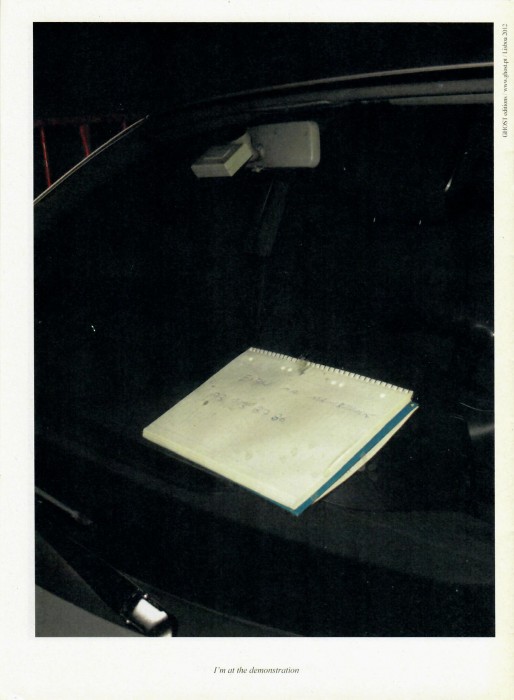 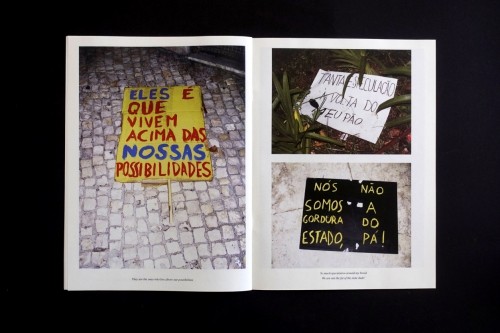 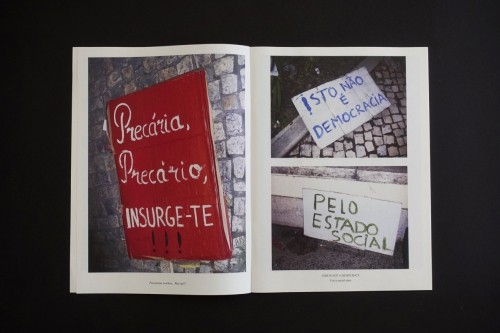 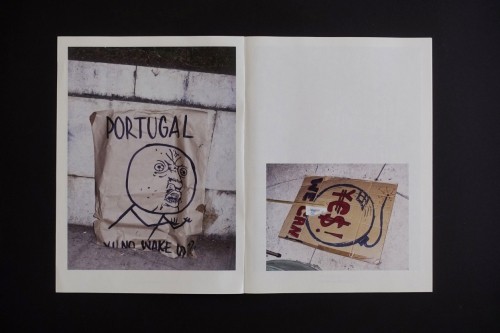 'I Fear Nothing' is a collection of photographs of placards from a demonstration, which led to the occupation of the Parliament staircase in Lisbon in 2011.   On October 15, the Spanish indignados movement called for a day of global protest. The movement had got its second wind in September, with the "Occupy Wall Street" mass demonstrations in New York. In Lisbon, the protest named "October 15, Democracy goes out!" began with a march across the city. But at 6.30 pm, the protesters invaded the staircase of the Parliament and used them as an amphitheater to organize a general assembly. A few hours later, as only a few protesters were still camping in front of the stairs meanwhile recaptured by the police, the empty streets surrounding the Parliament were full of placards that had been held during the demonstration.   Months after, we found a slingshot in a tourist shop with the name of Portugal engraved on it. We decided to make a poster and called it ‘Souvenir’.   One year after, on November 2012, the night before Angela Merkel arrives to Lisbon for a 6 hours visit, we launched our publication gluing the ‘Souvenir’ posters on the streets of Lisbon.
1 ex. en stock